Malick Sidibé was arguably one of the most influential photographers of our time. He was also one of the most decorated: In 2003, he became the first African photographer to receive the Hasselblad Foundation International Award in Photography. Afterward, he was awarded the Venice Biennale's Golden Lion for Lifetime Achievement (2007), the Infinity Award for Lifetime Achievement from the International Center of Photography in New York (2008), Photo España's Baume and Mercier Award (2009), World Press Photo award (2010), and Mali's National Medal d'Or (2015).

Most renowned in international art circles for dynamically composed black-and-white studio portraits and photographs taken of youths at parties and celebratory events in Bamako, Mali, during the 1960s and '70s, Sidibé's images have inspired numerous fashion designers, photographers, videographers, and filmmakers around the globe. Accordingly, in the past two decades, Sidibé was commissioned to take fashion photographs for magazines such as Vogue, Elle, Cosmopolitan, Paper, and the New York Times Magazine. Although he passed away in April 2016, Sidibé's son Karim has managed the studio since 2009 and continues to do so today. 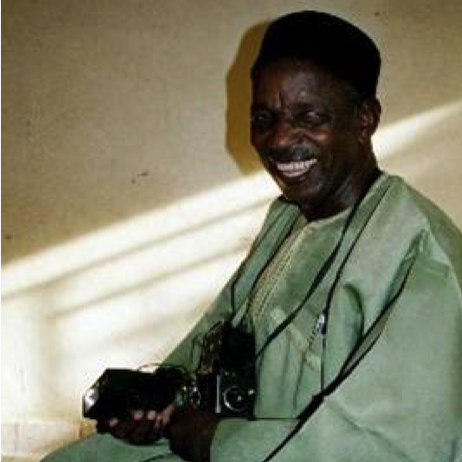