Sakaly was Senegalese (of Moroccan heritage) and came to Bamako in 1946. Among the second generation of professionals, he began practicing photography in 1955 and opened Studio Sakaly the following year. Throughout the 1960s and '70s, his studio experienced great success. In addition to portraiture, Sakaly documented social events and private functions for military and police officers and other elites in the city, and created class pictures for school children, advertisement prints, and images that documented accidents for the police. According to many Bamakois today, Sakaly was the most famous photographer in the city during this period. Thus, it is not surprising that when the photographers' association Groupement National des Photographes Professionels du Mali (GNPPM) was formed in the capital in 1988, Sakaly was its first president. In 1994, when Bamako inaugurated the continent's first festival of African photography—a biennial entitled Rencontres de la Photographie Africaine (African Photography Meetings)—a small collection of Sakaly's portraits were exhibited alongside those of his compatriots Seydou Keïta and Malick Sidibé. 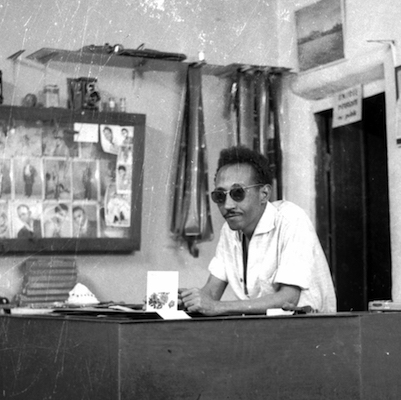